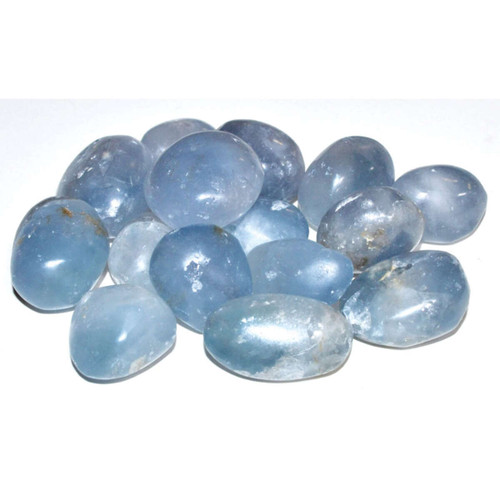 Celestite is a beautiful and powerful crystal that is believed to connect with the angelic realms and allow higher frequencies to flow through the crown chakra and into the throat for expression. Its delicate blue color and ethereal appearance make it a visually striking choice for those seeking to tap into its energy.

In addition to its ability to connect with the angelic realms and allow higher frequencies to flow through the crown chakra, Celestite is also known for its ability to bring mental calm and clarity. Its high vibrational energy is said to help purify and balance the energy field, making it a popular choice for those seeking to maintain a clear and focused mind.

Whether you are seeking to connect with the angelic realms, tap into higher frequencies, or simply want to bring more mental calm and clarity into your life, Celestite may be just the crystal you need. Its powerful energy and ability to help bring balance to the mind make it a popular choice for those looking to bring more positivity and harmony into their lives.