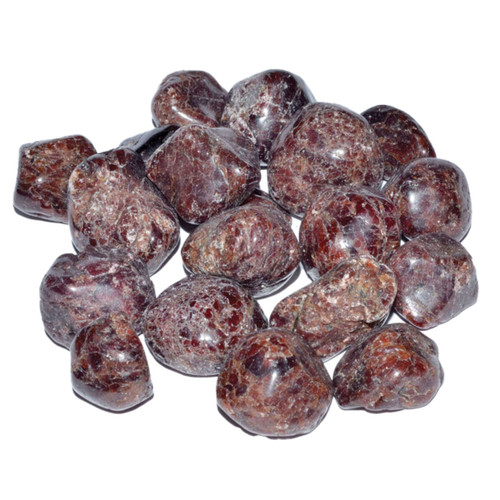 Garnet is a beautiful and powerful stone that is known for its ability to cleanse and energize the chakras. Its deep, rich red color and sparkling, faceted surface make it a visually striking choice for those seeking to tap into its energy.

In addition to its chakra-cleansing and energizing properties, Garnet is also known as a stone of health and is believed to help stoke one's passions and stimulate the rise of kundalini energies. Its high vibrational energy is said to bring balance and harmony to the mind, body, and spirit, making it a popular choice for those seeking to bring more positivity and harmony into their lives.