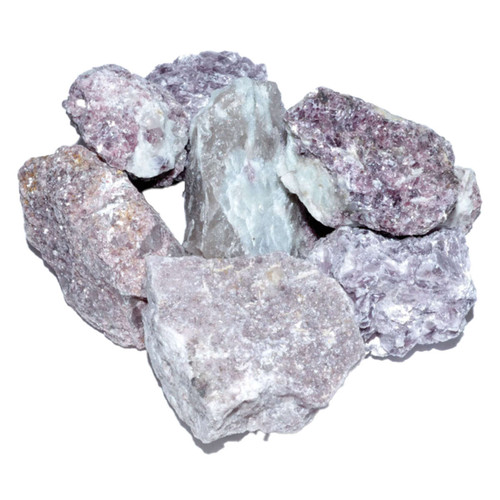 Lepidolite is a beautiful and powerful stone that is known as the "stone of transformation." Its soft purple color and delicate, shimmering patterns make it a visually stunning choice for those seeking to tap into its energy.

In addition to its transformative energy, Lepidolite is also known for its ability to promote cosmic awareness and spiritual transcendence. Its high vibrational energy is said to help connect one to higher states of consciousness and bring about a sense of spiritual enlightenment.

Lepidolite is also believed to be a helpful stone for those seeking emotional balance. Its calming energy is said to help bring harmony and stability to the emotions, making it a popular choice for those looking to bring more positivity and balance into their lives.

Whether you are seeking to undergo transformation, connect with higher states of consciousness, or simply want to bring more balance and harmony to your emotions, Lepidolite may be just the stone you need. Its beautiful appearance and powerful energy make it a popular choice for those looking to bring more positivity and harmony into their lives.