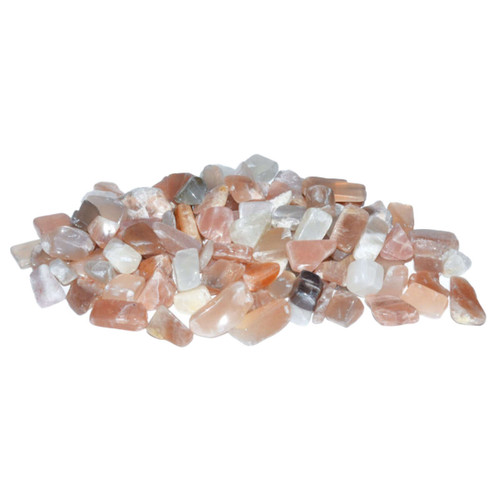 Moonstone is a beautiful and powerful stone that is strongly connected to the energy of the moon and feminine goddesses. Known for its soft, milky appearance and iridescent sheen, Moonstone is a popular choice for those seeking to tap into its calming and intuitive energies.

Moonstone is often thought of as a stone of new beginnings and is believed to facilitate intuition and reflection. Its calming energy is said to help bring balance and harmony to the mind, body, and spirit, making it a great choice for those seeking to bring more positivity into their lives.

Whether you are looking to tap into your intuition, bring more balance and harmony into your life, or simply want to connect with the energy of the moon and feminine goddesses, Moonstone may be just the stone you need. Its beautiful appearance and calming energy make it a popular choice for those seeking to bring more positivity and harmony into their lives.