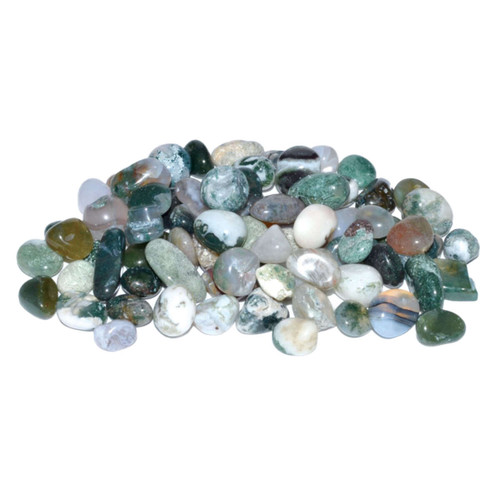 Moss Agate is a beautiful and powerful stone that is closely associated with nature spirits and the earth's energy. Known for its soothing green color and delicate moss-like patterns, Moss Agate is a popular choice for those looking to bring a sense of tranquility and harmony into their space.

In addition to its calming energy, Moss Agate is also believed to have healing properties when it comes to plants. It is said to be helpful and nourishing to all kinds of plants, making it a great choice for those who love gardening and spending time in nature.

Whether you are seeking to bring a sense of calm and tranquility into your space, nurture and heal plants, or simply want to connect with the earth's energy, Moss Agate may be just the stone you need. Its beautiful appearance and powerful energy make it a popular choice for those looking to bring more positivity and harmony into their lives.